In February 2016 the Poudre Valley Community Farmland Coop held a fundraiser at a private residence in Fort Collins, and I was thrilled to be asked to hang my work for sale during the event.

It was a blazing success, both in attendance and in sales. I donated 10% sales to the fundraiser, and many people were introduced to the farmland coop and to my artwork at the same time.

This was a stroke of brilliance on the part of the organizers, for they knew that having an artist host a large solo show would be more impressive than having artists donate work for a silent auction, making it a successful event for everyone.


The hosts held the event in their "garage" -- which looks much more like an event center with it's vaulted ceilings and beetle kill tongue and groove panelling. I was able to hang eight large paintings in this space alone.

I showed work from the Love Letter Series of paintings, beetle-kill wood rounds, and a few earlier paintings. Whispers Riding on the Wind, below, previously hung at the Fort Collins Lincoln Center for three years.

The building construction was not quite complete, which made for some artful art placements and a refreshingly relaxed atmosphere. It all worked well with the farmer-style decor, complete with hay bales and pitchforks. They even offered wagon rides and had their own goats to entertain people. This is Fort Collins after all! 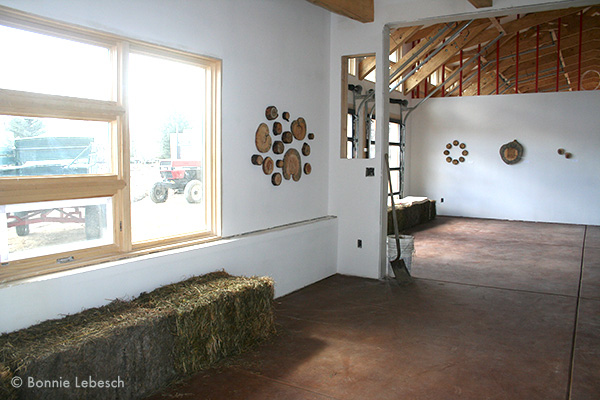 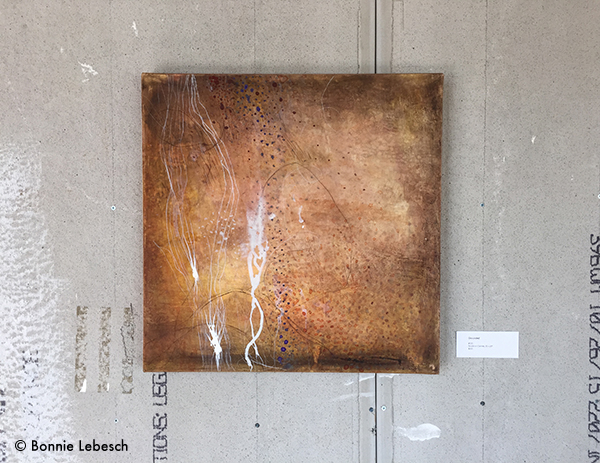